Oddventure is a lore-rich, turn-based, RPG where you play as a nihilistic, rebellious teenager Charlie. The game is full of humorous scenes but also leaves space for immersion. Developers of Oddventure – Infamous Rabbit are going to launch a Kickstarter campaign as the playable demo is already available on Steam!

Pineapple Works 🍍: Hello! I honestly played the demo many times, each time enjoying the art and atmosphere a lot. I also like how brave and honest are the dialogues. I wonder, why did you decide to do Oddventure?

Infamous Rabbit: I’ve been through some stuff in my life and I have a story to tell. A story about not giving up.

PW 🍍: Where did you take your inspiration from to create Oddventure?

IR: There are plenty of different inspiration sources. Most of the characters and themes originate from my previous works. Some of them are even around 15 years old! At first I wanted to make a webcomic under name. But after playing Mother series, Undertale and LISA: The Painful I knew that Oddventure has to be a game. I’m also a huge fan of fairy tales, but you can say that immediately after seeing Oddventure’s setting. There are also other inspirations like animated TV Shows, books and… Nietzsche.

PW 🍍: Was it hard to write the script? I wonder about that, since I felt it’s one of the strong points of the game.

IR: Each aspect and character from Oddventure is either part of me, my life and experiences. Hence, writing the dialogues wasn’t that hard but I had some work with polishing them. Every text you read in Oddventure serves some purposes – either it’s some reference, foreshadowing, showing some characters’ traits or something that is one of many dots the player will need to connect by himself.

PW 🍍: What do you like in Oddventure the most?
IR: Those two cute goofballs called Mr. Rabbit and Dodo. But you can clearly see this, haha.

and play the demo of Oddventure on Steam!

PW 🍍: What would you recommend to fresh game developers who are just starting to create their first game?

IR: Keep your mind open, watch a lot of YouTube gamedesign channels, read some books, practice and search for inspiration all the time. And what’s most important – love your project and never give up.

PW 🍍: What indie game would you recommend to a person who never played indie before?

IR: Regardless of preferences I think Undertale is always a good recommendation.

PW 🍍: Pear is not so far from Pineapple haha. Thanks a lot! Have a great day!

IR: Thanks for having me here. Have a good day too, friends! 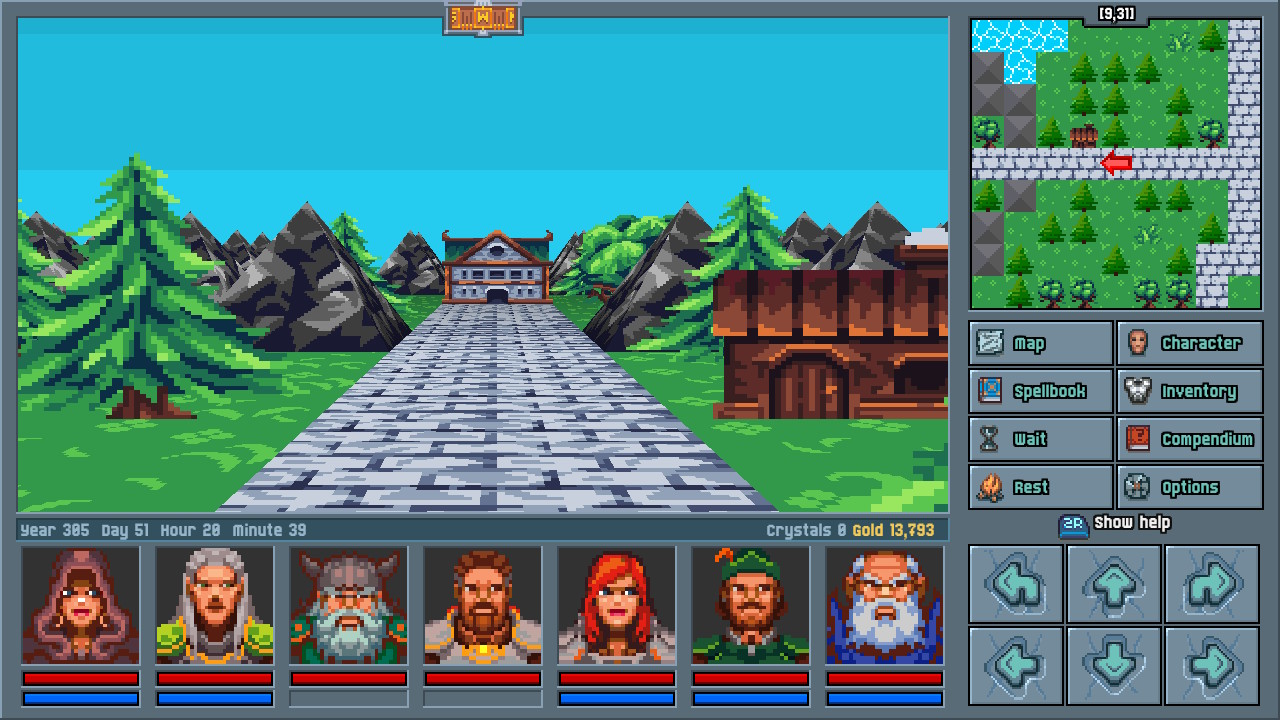 Read our previous interview about Legends of Amberland!